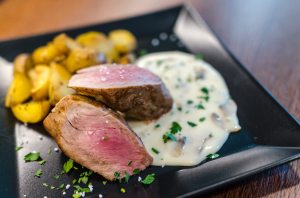 The 86th Texas Legislature will likely serve up a large helping of Meat and Potatoes.

The agenda is fundamental, it’s basic, and may be sans gravy.

And the kids are hungry.

With school finance a top legislative priority, a conversation about taxes, the state budget, and how to pay for it all is guaranteed.

That conversation might even lead to a more equitable way to pay for our schools and improve student achievement so Texas students are equipped to fill the jobs the state is creating and recruiting.  We can dream.

In fact the issue is of high enough importance that an interim committee studied the issue and Governor Greg Abbott has proposed a solution: “Improving Student Outcomes and Maintaining Affordability through Comprehensive Education and Tax Reforms.” Historically, only a court order has moved state officials to act on this hot potato topic. Kudos to the Governor, Lt. Governor Patrick, and outgoing Speaker, Joe Straus, and interim committee chair, Sen. Bettencourt, for prioritizing the issue.

According to Ross Ramsey at the Texas Tribune, in the state’s 2019 fiscal year the local share of school finance spending is estimated to be 55.5 percent of the total, while the state’s share is expected to be 35 percent, according to the Legislative Budget Board. The rest comes from the federal government. The last time the Texas Legislature tackled school finance, the local and state shares matched; years of rising property values and with them, rising local property tax revenue, have allowed the state to lower its share.  If you do some quick arithmetic on those 2019 estimates, it would take a $5.7 billion increase in annual state spending to rebalance the state and local shares of public education spending. Doing that would put them both back where they were in 2008 — each covering about 45 percent of the load.

As a backdrop, the politics at the Texas State Capitol have changed.  Even with Democrat gains in last month’s elections (Democrats gained 1 net State Senate seat and 12 House seats), Texas still has a Republican-dominated state government, with GOP majorities in both the House and Senate, and Republicans in every statewide office.

So, the idea of new revenue remains anathema to the large majority of Texas legislators.

The 2-year state budget will be tight. The Legislature has to pass a “supplemental appropriations bill” to take care of shortages in the current budget, Hurricane Harvey recovery costs, and others.  Early projections are that they’ll start more than $5 billion short of what they need for the next budget — and that’s before they consider the expensive school finance problem.

Threading the political needle for Republicans will be tricky.  How do you lower property taxes to keep constituents happy and accomplish that expensive task without raising taxes or fees or removing certain tax exemptions.  New money could come from eliminating exemptions, from property appraisal reforms, from raising existing tax rates or creating new taxes like (and don’t bet on this one) legalizing sports gambling and taxing it (SCOTUS now says you can).

The plot thickened further this week when legislative leaders announced they want no less than $7.5 Billion dollars to stay in the state’s Rainy Day Fund and it’s $12.5 Billion dollar current balance.  Theoretically, there’s your $5B to fund the aforementioned supplemental bill (which includes, appropriately, Hurricane Harvey recovery) to  ‘true-up’ the current budget but does nothing to fix school finance.

On the economic development front, the Governor is expected to ask for a sizable chunk of change for the Texas Enterprise Fund to attract large jobs projects and the local tax abatement program – known as “Chapter 312” – that allows communities to abate property taxes will be hotly debated.

Legislators from rural districts are looking for ways to attract capital to their communities to retain jobs and expand facilities.

All in all, it’s a big plate and lots of mouths to feed.  Don’t be late to supper.